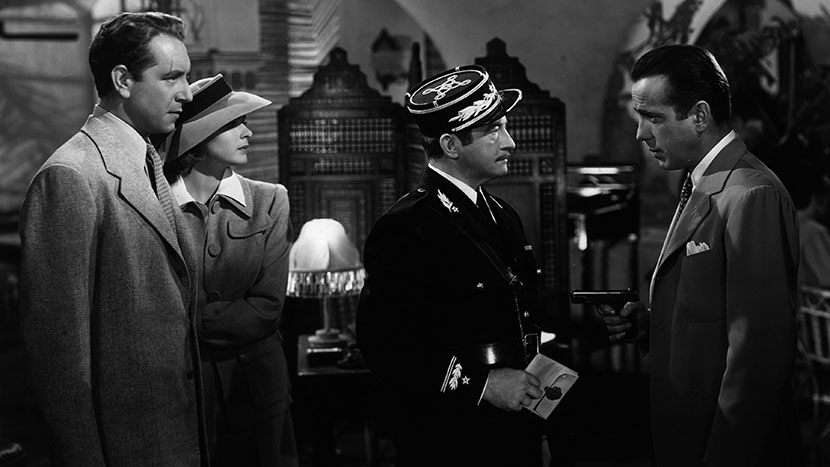 Set mainly in and around a Moroccan bar owned by a cynical, politically neutral expat American (Bogart), this perennially popular wartime romance is a stirring hymn not just to the joys of being in love but to the importance of collective action; the international population of the Vichy-run city includes Nazis searching for refugee resistance fighters. The memorably stellar cast is superb.