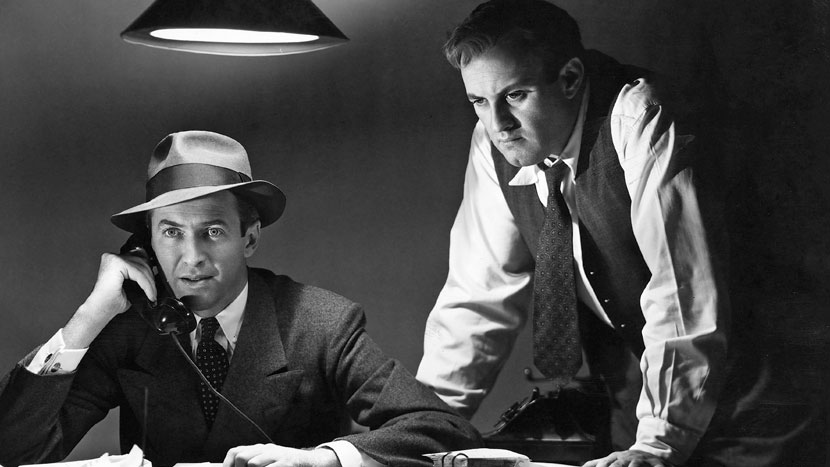 In one of the finest postwar Twentieth Century Fox crime films shot on location, Stewart excels as a cynical journalist who hopes for a scoop in covering a woman’s campaign to prove her son innocent of murder, only to become committed to the cause as his investigations proceed. Joe MacDonald’s typically great camerawork and the uniformly fine performances of a strong cast make for gripping drama.