A menacing game turns deadly in this darkly comic chiller.

There is a preview screening on Saturday 3 September 21:00. 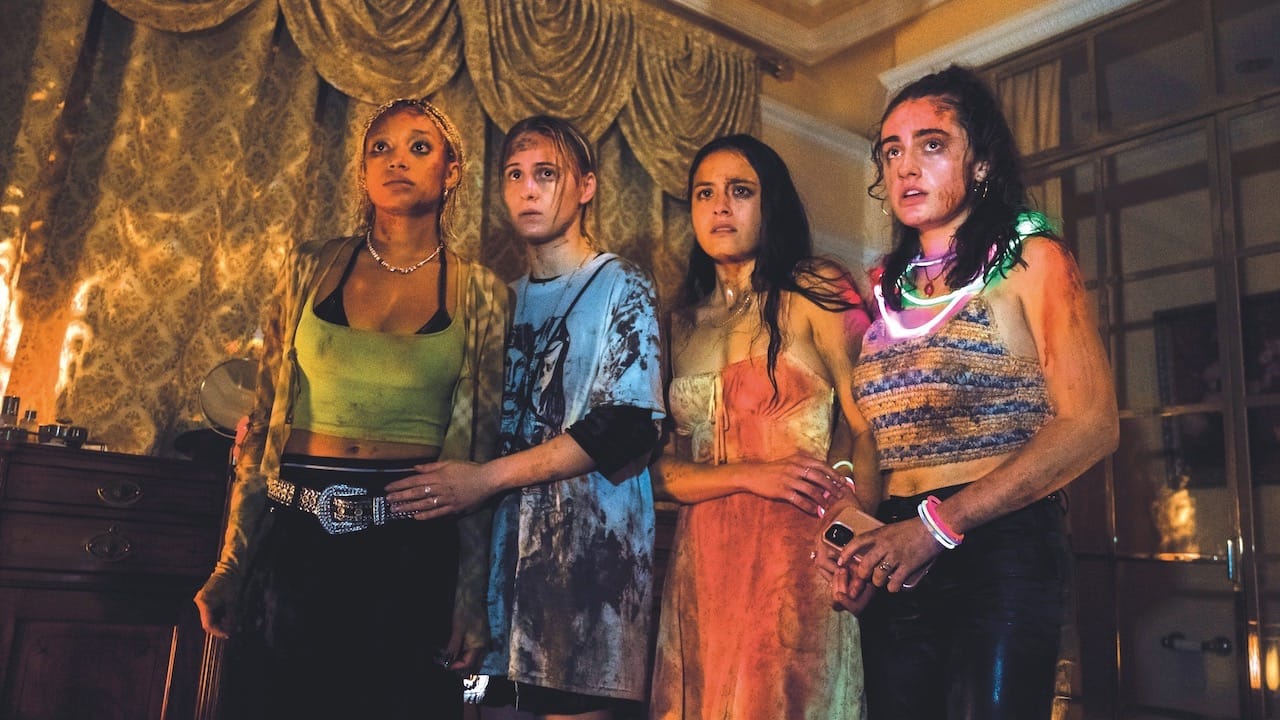 A group of rich twentysomething friends gather together to wait out a hurricane at a party in a remote family mansion.The air is already hostile, with old fallouts and unspoken grievances rising to the surface, even before a tense round of murder-in-the-dark game ‘Bodies Bodies Bodies’ turns deadly. Halina Reijin’s smart, satirical comedy-horror, based on a Kristen Roupenian story (author of viral sensation Cat Person), with a stellar cast including Amandla Stenberg (The Hate U Give), Maria Bakalova (Borat Subsequent Moviefilm) Rachel Sennott (Shiva Baby) and Pete Davidson (Saturday Night Live), playfully explores the paranoia and hyper-individualism of an extremely online generation. With a plot that’s always one step ahead and an abundance of enjoyable performances – in particular, the impeccable comic timing of Sennott – you’re guaranteed a blast.

The following screenings will be presented with subtitles for the D/deaf and people experiencing hearing loss: Sunday 11 September 13:30 NFT2; Thursday 15 September 18:20 NFT2.

The release date for this film has been put back to Friday 9 September. Please note that all screenings listed on the calendar from 2-8 September are therefore now cancelled, except for the preview screening on Saturday 3 September.