Richard Burton is at his very best in Ray’s superb, stunningly shot war-movie set in the Libyan desert. 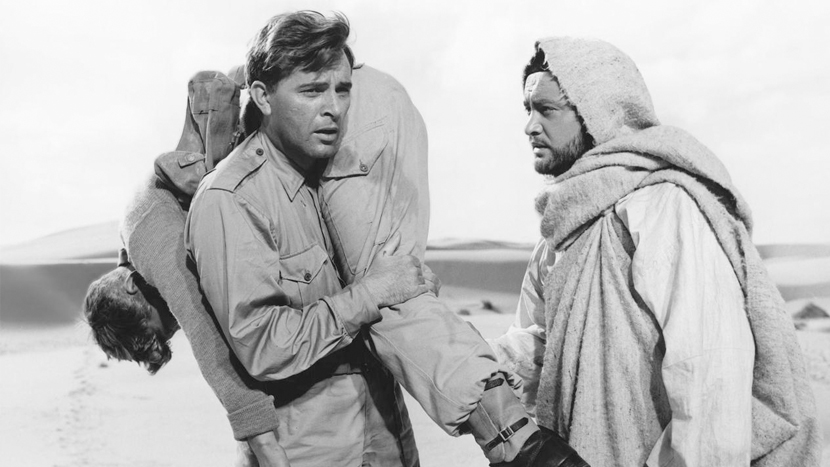 Two officers leading a mission to attack Nazi headquarters in the Libyan desert come into conflict, due partly to sexual jealousy, partly to differences in capability and courage in facing the perils of war. Ray – always expressive with horizontals – and cinematographer Michel Kelber use the expanses of the ’Scope frame to turn the arid landscape into an arena of deadly rivalry and private anguish.