The Battle of Algiers

A masterpiece of political cinema and a dazzling reconstruction of Algerian nationalist opposition to French occupation in the mid-50s. 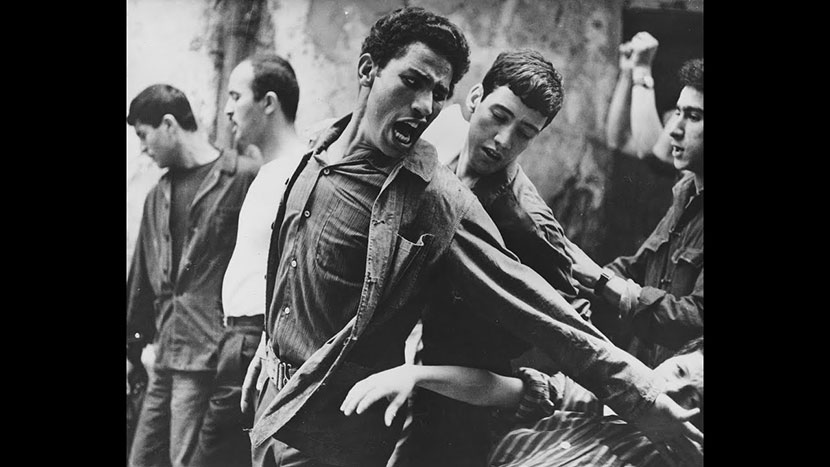 In Pontecorvo’s dazzling reconstruction of Algerian nationalist opposition to the French occupation in the mid-1950s, guerrilla fighters venture from the Casbah to attack the colonial new city – and meet with brutal reprisals. Pontecorvo collaborated closely with Morricone, who used a multitude of sound effects and different motifs to distinguish between the French and Algerian forces. A masterpiece of political cinema.