Bresson’s masterpiece is a sublimely beautiful metaphysical fable centred on a donkey passed from owner to cruel owner. 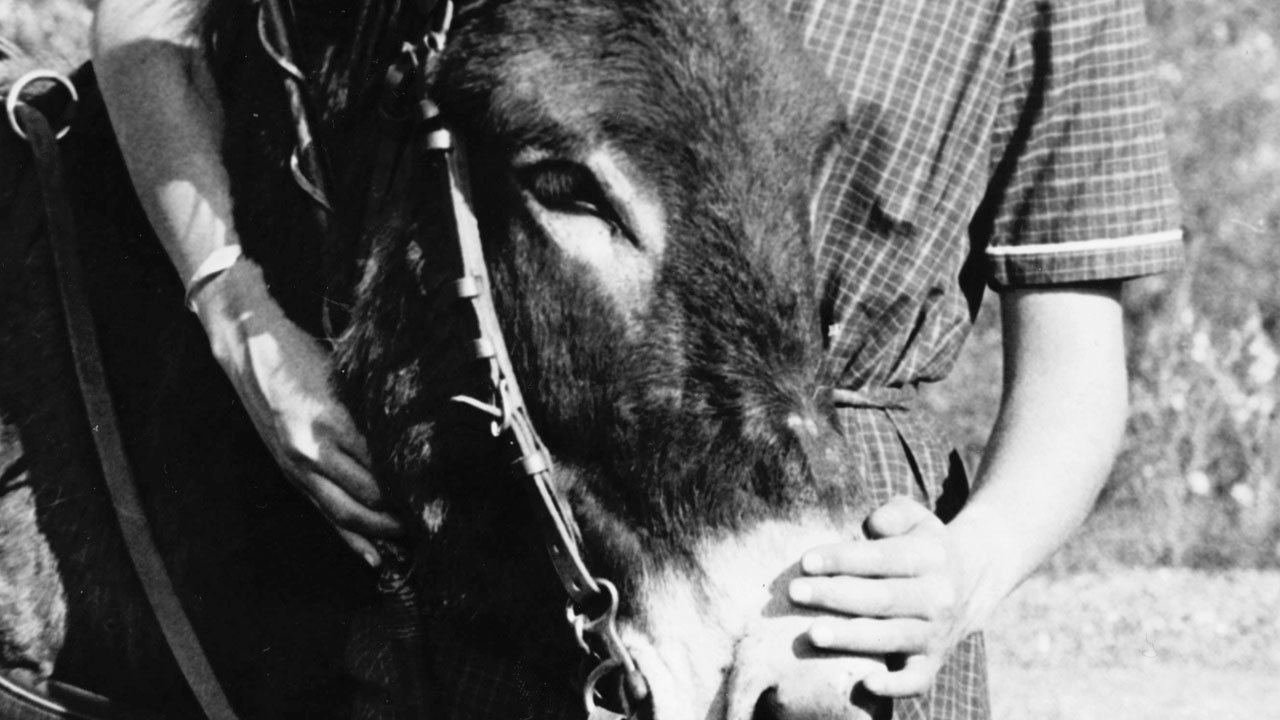 Arguably the most sublimely metaphysical and most moving of Bresson’s films, this chronicles the life of a donkey (named after one of the Magi) passed from owner to owner in a grim French countryside; he’s both witness to and victim of human cruelty and suffering, crime and punishment. This is a masterpiece, wholly free of maudlin sentiment – the final moments are almost unbearably beautiful.