The Art of Ann and John Bloomfield

We take a look at one of Britain’s most successful costume design partnerships. 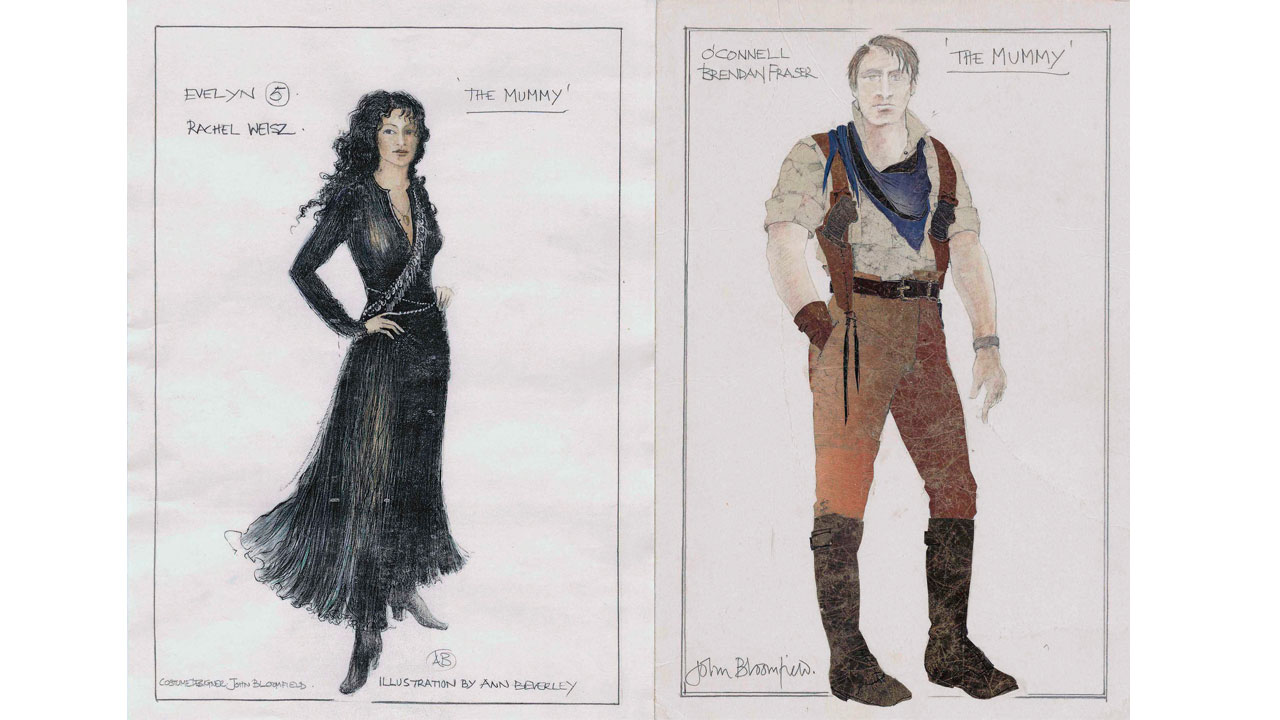 This autumn, we take a look at one of Britain’s most successful costume design partnerships: Ann and John Bloomfield. They first achieved widespread recognition with their groundbreaking work on The Six Wives of Henry VIII (BBC, 1970). Thanks to their ingenuity and artisanal skills, regal period costumes emerged from painted fabrics, as well as everyday haberdashery and household items. With careers spanning over 40 years, they went on to work on a string of high-profile global productions, including Conan the Barbarian (1982), Robin Hood: Prince of Thieves (1991) and The Mummy (1999). Their story is revealed through an archive of beautifully rendered and collaged drawings, alongside costumes and accessories.