Joanna Scanlan is extraordinary as a recent widow uncovering a secret. 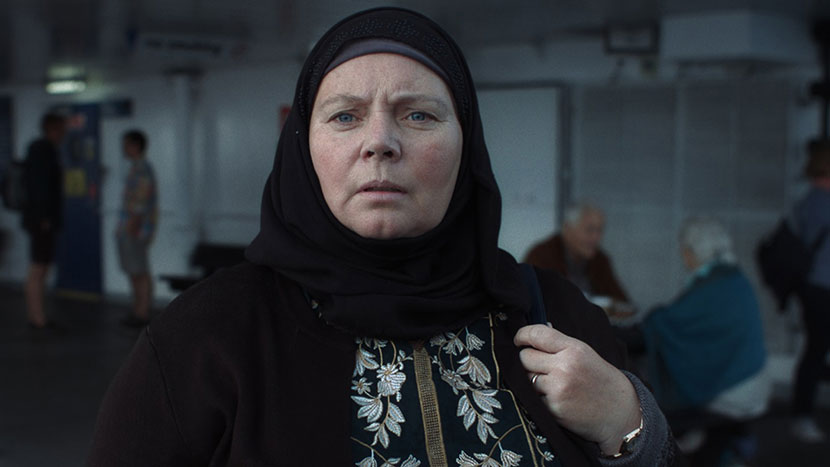 Joanna Scanlan is extraordinary as a recent widow uncovering a secret in Aleem Khan’s stunning debut feature that received its world premiere at the BFI London Film Festival. Muslim convert Mary Hussain is a widow who uncovers a shattering secret in the days following her husband’s unexpected death. As her world crumbles around her, Mary leaves their Dover home for Calais to piece together the fragments of a distressing truth – she was not the only woman in Ahmed’s life. But Mary is not emotionally prepared for what she discovers next, and her desire for confrontation soon gets lost in the shifting sands of shared grief. Aleem Khan’s sensitive, insightful direction is carried by a career-best performance from Scanlan. Together they channel the quiet tremors of loss into a devastating emotional earthquake.

Scanlan’s extensive career includes films such as How to Build a Girl, Pin Cushion, How to Talk to Girls at Parties, The Invisible Woman, Testament of Youth and The Other Boleyn Girl. Her TV credits include McDonald and Dodds, Requiem, The Woman in White, Rev, Getting On and The Thick of It. She wowed audiences in Channel 4’s hit show No Offence, playing the lead detective Viv Deering. Joanna has been BAFTA-nominated for Best Female Performance for her role in Getting On and twice nominated for her screenwriting on the show, which she co-wrote. She has already won two festival acting prizes, in Dublin and Thessaloniki, for her role as Mary in After Love.

Khan’s debut short film, Diana, premiered at the 2009 BFI London Lesbian & Gay Film Festival. His subsequent short, Three Brothers, was commissioned by Film London on the inaugural London Calling Plus scheme and premiered at the 2014 BFI London Film Festival. A BAFTA nomination for Best British Short Film followed in 2015 and later that year, Aleem was named a Screen International Star of Tomorrow. After Love is his debut feature.