Katharine Hepburn and Humphrey Bogart must take to the river and set differences aside to escape German troops at the outbreak of WWI. 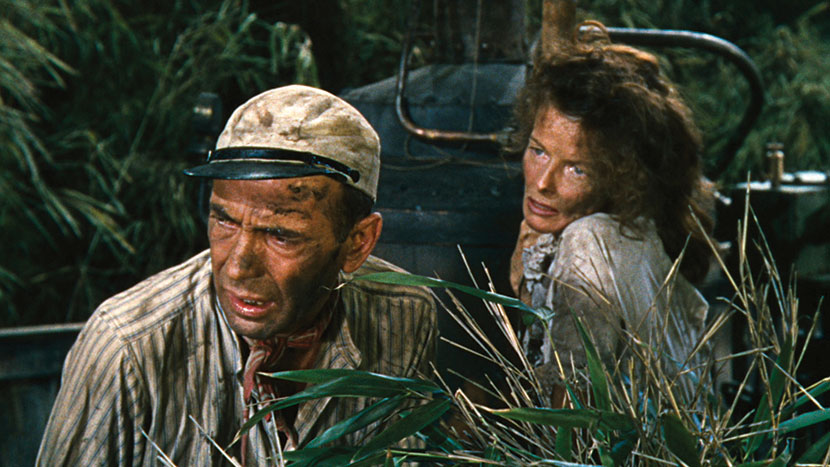 Katharine Hepburn plays Rose Sayer, a missionary in East Africa during the outbreak of WWI who must flee with her brother on an old steamboat being operated by an uncouth, gin-swilling mechanic (Bogart). Finding themselves in danger from German colonial troops, they plan their escape, but their bickering and disagreements threaten to ruin their plans. Bogart’s character was originally meant to be cockney but this was changed to Canadian after he experienced difficulties with the accent.

The screening on Mon 3 Feb will be introduced by script supervisor, Angela Allen.