A quirky dark comedy about a village elder’s obsession with the films of Jean-Luc Godard. 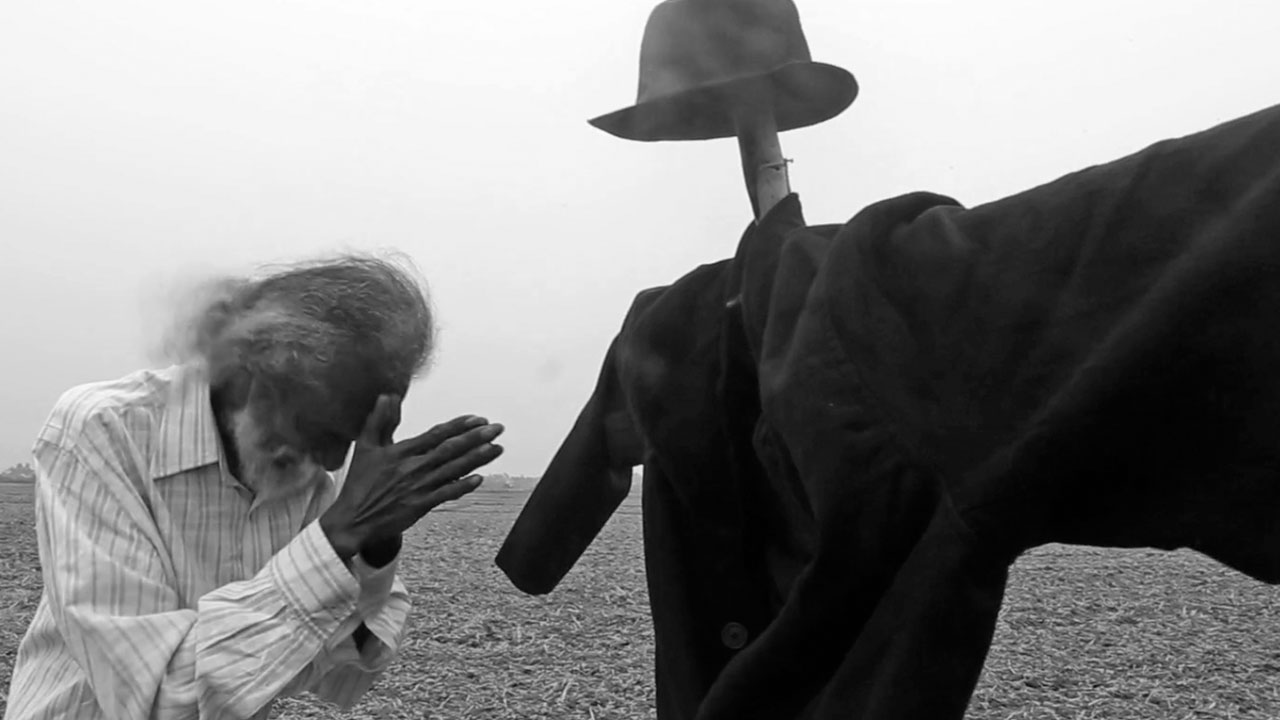 This quirky and playful dark comedy follows the story of Ananda, one of a group of elders addicted to secret pornography screenings in a conservative Indian village. One day they watch a Godard film by mistake. Though his friends are unimpressed, Ananda becomes obsessed and determines to convert the village to Godard’s cinema of ideas via a film festival. Shot in both black and white and colour, and paying homage to Godard’s cinematic style, the film has already garnered awards.