Day-glo production design, anarchic energy and David Bowie – what more do you need from a film? 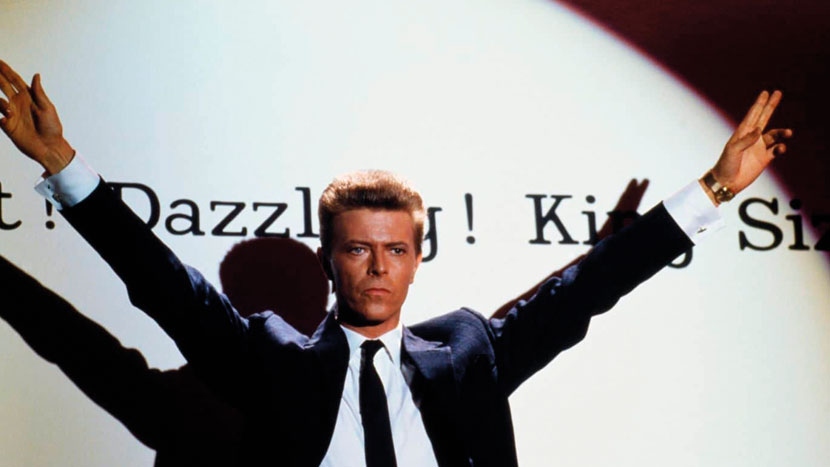 Julien Temple’s brave reboot of the British movie musical for the MTV generation comes on like a hyper West Side Story. Its tale of young lovers divided – set against a backdrop of generational conflict, gentrification and white supremacy in 1950s London – is a riot of day-glo production design and anarchic energy. Bowie’s ad man Vendice Partners gets a memorable number, dancing atop a spinning globe and an over-sized type-writer. But it’s his chart-topping title theme that steals the show.