Julien Temple’s tale of young lovers divided in 50s London is a riot of day-glo design and music. 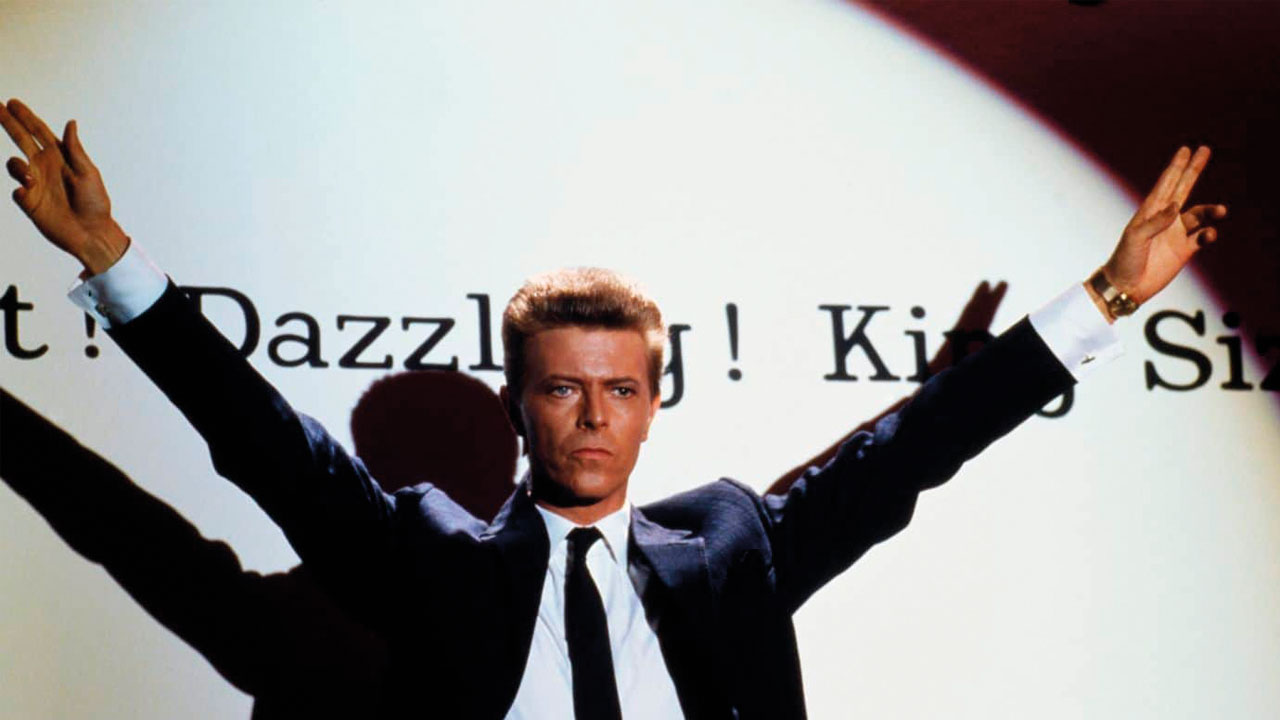 Julien Temple’s brave yet doomed reboot of the British movie musical for the MTV generation comes on like West Side Story on speed. Its tale of young lovers divided – set against a backdrop of generational conflict, gentrification and white supremacy in 1950s London – is a riot of day-glo production design and anarchic energy. Bowie’s ad man Vendice Partners gets a memorable number, dancing atop a spinning globe and an over-sized type-writer. But it’s his chart-topping title theme that steals the show.

Screening with Absolute Beginners on Friday 14 January only: